Sabrina Islam has been involved in business for over three decades, having started her career with the Bangladesh Handicrafts Cooperative Federation that pioneered the marketing of rural artisan's arts and crafts in Bangladesh through its outlet "KARIKA" in the mid-seventies. She obtained her LLB (Honours) from University of Dhaka in 1977. 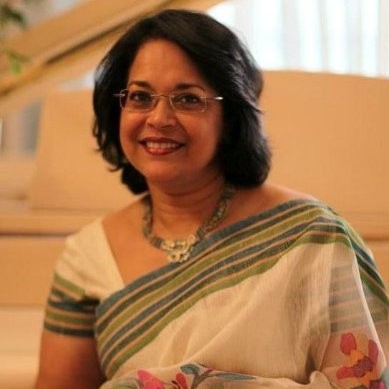 In 1977, she was awarded a scholarship by the Ford Foundation under their 'Decade of Women 1977-1987' program. She continued her education at Mount Vernon College, Washington DC, where she studied Small Business Management.

After her return from the US, she enrolled in the MBA program at the Institute of Business Administration, University of Dhaka and graduated as an MBA in 1984.

Sabrina Islam is the Chairperson of SSL Wireless and Director of Concorde Garments Ltd.

As recognition of her achievement, in 2009, she received the "Outstanding Woman in Business for 2008", Bangladesh Business Awards, established by the leading English newspaper in Bangladesh, The Daily Star and DHL World Wide.

Sabrina Islam has received several recognitions and awards such as Most Outstanding Women Entrepreneur (from Asia) at the 3rd Businesswomen's Forum in Islamic Countries organized by Islamic Chamber of Commerce and Industries in Doha, Qatar, in 2008 and Federation of Bangladesh Chamber of Commerce and Industry (FBCCI)/Standard Chartered Bank - 2006 SME Award for Outstanding Women Entrepreneur. In addition, she has received various awards at the yearly Dhaka and Chittagong International Trade Fairs and at the International Conferences of SGO- Stained Glass Overlay for her creative designs and products. She is keenly interested in women’s entrepreneurship and skills development, eradication of poverty and sustainable economic development for women, awareness and eradication of violence against women, and alleviating gender disparity.